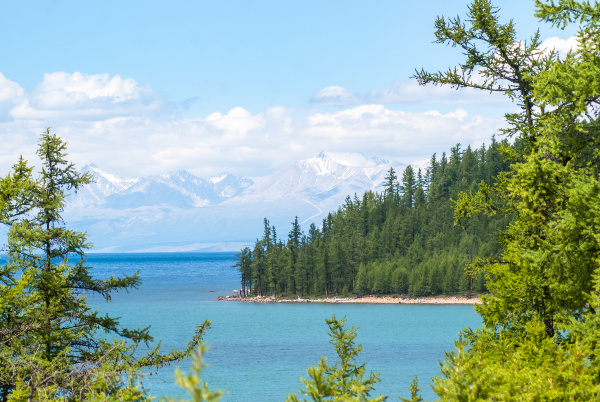 The best of Top 10 Mongolia destinations of all time is Altai Tavan Bogd national park that is in Bayan-Olgii province, western part of Mongolia. The rugged beauty of Bayan-Olgii aimag with its pointed mountain points reaching for the sky and vast valleys crisscrossed with meandering streams has always stood out of the western provinces of Mongolia. Bayan-Olgiiis the home to the second largest ethnic group-the Khazakhs with their unique culture who continue to hunt with trained golden eagles besides herding goats.

The Altai region is abundant with significant archaeological sites dating back to Palaeolithic era, evidences of human habitation as far back as 40,000 and 12,000 years ago. The Altai Mongolian mountain range stretching for 900 km across Russia, Mongolia and China and the Tavan Bogd National Park have always stood out from any other part of Mongolia. The highest mountain peak, the Khuiten Uul at 4374 meters flanked by four other peaks along with the Potanian river, the source of a massive glacier, are commonly known as Tavan Bogd or the Five Saints. There is a Salty Lake called Orog in mountainside. Ikh Bogd sacred mountain had broken into gorge and partially collapsed by earthquake in 1957. The gorge is 100 km long. Other notable attractions include Bichigt Khad, a world-class petro glyph, whose rock paintings date back to the Bronze age. The nearby Tsagaan Agui (White Cave) is believed to be the place of the earliest human inhabitant in Mongolia, with evidence of human presence dating as far back as 700,000 years ago. The Yolin am or the Vulture’s mouth established to conserve the regional bird life became a favorite place to visit for its dramatic and unusual natural landscape shaped by a towering mountain gorge in the middle of the Gobi desert with thick ice all year-round. The small Nature Museum at the gate on the main road to Yolyn Am has a collection of dinosaur eggs and bones, stuffed birds and a snow leopard. It also sells the excellent booklet Gobi Gurvan Saikhan National Park, by Bern Steinhauer-Burkhart. There are several souvenir shops and a couple of places to stay. Tsagaan Suvarga is an area of 30-m high white limestone formations and a beautiful part of the desert. We will drive to a set of eroded limestone cliffs, from where you have fantastic view over the desert floor down below, which bore colours from white and yellow to pink and deep red. In 1921, American paleontologist Roy Chapman Andrews found the dinosaur eggs and put Mongolia on the map of international adventure seekers and explorers. The origin of ancient seabed, Umnugovi has a treasure package of late Crafeceous dinosaurs located in Bayanzag or the Flamming Cliffs the rocks give off orange and red colours that seem to glow at sunset. Surrounded by extinct volcanoes the Terkhiin Tsagaan lake altitude of 2060 m covers an area of 61 sq.km. the spectacular geology of Khorgo Volcano lying east of Terkhiin Tsagaan Lake certainly adds to the pleasure of visiting Arkhangai aimag. Near the crater there are dozens of small caverns with stalactites hanging from the ceiling and walls. In the middle of the lake there is a volcanic island covered with bird nests made of the fragrant grass Samkhan. Naiman Nuur or The Eigth Lakes is another area worth visiting located 70 km south-west of the Orkhon waterfall. The lakes were created by volcanic eruptions and are a part of the 11,500 hectare of Khuisiin Naiman Nuur Natural Reserve. Khuvsgul Lake- The Dark Blue Pearl of Mongolia is surrounded by lush green hills, mountains reaching for the sky, and dense alpine forests of taiga. 96 rivers and streams empty into the lake that was created 2.5-3 million years ago by tectonic activities. The majestic clear-watered lake contains 65 % of all the fresh water of Mongolia and furthermore, 1% of the world’s fresh water supply.

Khuvsgul is the land of the Tsaatan reindeer herdsmen, a branch of the Turkic-speaking Tuvinian or Dukha ethnic group. This small group of 42 families possesses a social and material culture which has remained unchanged since the Ice Age. Shamanistic or totemic rituals and symbolism are central to the social organisation of the Tsaatan. Chinggis Khan established Kharkorin’ the ancient capital of Mongolia  in 1220 in the Orkhon valley. For 140 years Kharkhorin served as the capital of the united Mongol tribes until it was destroyed by the Chinese troops in 1391. The remains of the capital that stood at the crossroads of the Silk Road are extensive underground archaeological assets and two granite turtles that once stood at the main gate to the city.

In addition, four of these turtle sculptures used to mark the boundaries of ancient Kharkhorin, acting as protectors of the city. In 1586, Erdenzuu, the first Buddhist monastery in Mongolia was built on the ruins of the 13th century capital. Vast walls of 400m in length with 108 stupas surround the monastery, symbolic of Kharkhorin. The last but not least one of the top destinations is The Orkhon Valley covers an area of 1220 square kilometers and it is one of the most important cultural regions in the world. First, it was recognized by the UNESCO World Heritage as a cultural landscape in 2004. Moreover, the extensive area encompasses the pastureland on both banks of the Orkhon river and includes numerous archaeological sites dating back to the 6th century. The Orkhon Valley Cultural landscapes includes sites such Khakhorin, the 13th century capital of Chinggis Khan’s Empire.

First and foremost it was the centre of the Mongolian Empire; secondly it reflects a particular Mongolian variation of Turkish power; thirdly the Tuvkhun hermitage monastery was the setting for the development of a Mongolian form of Buddhism; and fourthly, Khar Balgas reflects the Uighur urban culture in the capital of the Uighur Empire.