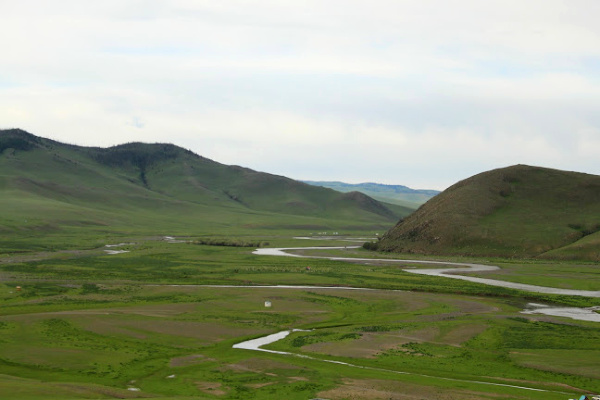 Orkhon Valley is located in 360km away from Ulaanbaatar city in Central Mongolia. This place holds numerous historical and cultural sites all throughout its dedicated land. The sites on the 150 hectares land of Orkhon Valley Mongolia was inscribed by UNESCO in the World Heritage List. The reason is it represents the evolution of nomadic pastoral traditions spanning more than two millennia in 2004.

Historically, from the ancient people to the Mongol Empire including the Huns, the Turkic people, the Uighurs, the Kidans, all centralized around Orkhon Valley.  The valley offers the its environmental and geopolitical advantages. Majority of the sites were found on the basin area of Orkhon River, which clearly was the main water source of that time. The Orkhon River starts from Khangai Mountain Range flowing 1,124km and joining the Selenge River in northern Mongolia. The river reaches to the Baikal Lake.

The Orkhon valley is located in eastern part of Khangai Mountain ranges which were formed by movement process of Alps during late Tertiary and early Quaternary. Apart from this formation process, the important factors which created its current earth surface were ancient glaciation, frost and water erosion. Geological identification of the Orkhon Valley is mostly sedimentary rocks that belong to upper and middle Cambrian, lower and middle Devonian, upper Permian, upper Triassic, lower Jurassic and Carboniferous periods of Paleozoic and Mesozoic eras, such as slate, argillite, siltstone, granite, trap rocks and igneous rocks.

Mountainous area is covered with forest which is composed of mostly (89.4%) larches, cedars (10.6%) and birches (small amount).

For the rare fauna the following animals are listed in the Mongolian Red Book of Mammals and protected by State ;

There are numerous birds you might be able to spot such as bar-headed geese, swan geese, whooper swans, black storks, white tailed eagles, Himalayan vulture and cinereous vultures that become habitants in Orkhon Valley. While you’re driving through the valley, you will definitely see some rare and huge birds on the way.

From the most famous sites are such as

The coldest month of the year here is January, approximately -15 to -20 Celsius. The warmest month is July, which is approximately 20 to 25 Celsius degree. Winter is long and cold and summer is short and cool. During spring, it gets very windy. Due to cold and warm air circulations so snow and dust storms often occur during March to May. So June or August would be pleasant months to travel around here.