Mongolia is a landlocked country isolated from the oceans of the Mediterranean and the Eurasian mainland and surrounded by high mountains, with an average elevation of 1300 meters above sea level. Mongolia climate is continental depending on four-seasons with high air temperature fluctuations, low precipitation, and latitude and longitude differences. The duration of summer is for 3 months from June to mid-August, cold and harsh winter lasts from November to January, and spring (usually February to May) and autumn (usually September to November) periods vary widely from year to year.

Traveling in January, you can see everything covered with snow because there are 13 snowy days and 2 foggy days in January. Usually the last week of January is the warmest. The sun rises around 08:31 a.m. and sunsets at 17:24 p.m. We kindly recommend you to bring your thick clothes (many layers as possible or wear Mongolian tradition clothes Deel made of sheep skin) and rough boots for slippery.

The average temperature you will experience in February is between -16.0°C and 28.0°C with exceptional possible peaks as low as -40°C and as high as -7°C observed in previous years. Average sunrise time is 07:55 a.m. and sunset time is 18:09 p.m. At the end of February, you will feel warmer weather day by day as spring is coming.

The average day temperature of March is -8°C and night temperature is -14°C to -16°C . March is the month of spring so climate will be warmer, even tough, it has minus degrees. The sun will keep you warm during the day as it is traveling back to the Mongolian plateau.

In April, the average day temperature is 10°C to 14°C and night temperature is 1°C to 6°C . The wind speed exceeds 15 m/s occurring on average from 3 to 5 times per month sometimes even reaches 8 to 13 times in April. This is a time of thawing and end of hibernation. Nomads are quite busy with birth of the herds and baby animals.

July is the hottest month of the year for Mongolians. The day temperature is 15°C to 22°C in the Khangai, Khuvsgul and Khentii mountain ranges while it reaches 25°C to 28°C in central Mongolia and steppe ranges and 27°C to 32°C in the Gobi Desert. In the recent years, average rain fall has been increasing.

If you are planning to travel to Mongolia in August, there is another pleasant weather is awaiting for you. Most welcoming weather is in the Gobi Desert as day temperature is 26°C in August. For your information, it is usual to snow a someday in Western or Northern Mongolia such as Altai Mountain range and Lake Khovsgol but the overall temperature is warm enough to do excursions.

This is a turning point as the leaves begin to change its color from green to yellow and the birds will migrate to the warmer places. The day temperature drops from 20°C to 14°C in southern and central Mongolia. The night temperature reaches -10°C from second half of September in Western and Norther Mongolia.

October is the last month of the fall. Everything is either in yellow or grey with some snow covered. The day temperature is 8°C to 13°C and night temperature is -2°C to -15°C.

Daily temperature drops by -8°C from 4°C but rarely falling below -12°C or exceeding 10°C.

The December is month of winter like the most other countries around the world. Considering long-term average indicator, the last third half of the December is coldest. The day temperature falls from -4°C to -23°C and night temperature is -12°C to -30°C. 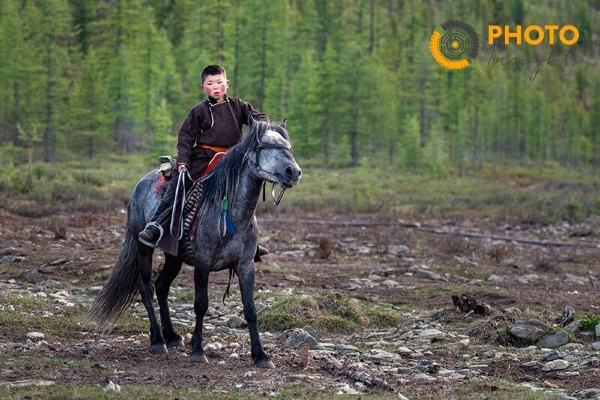